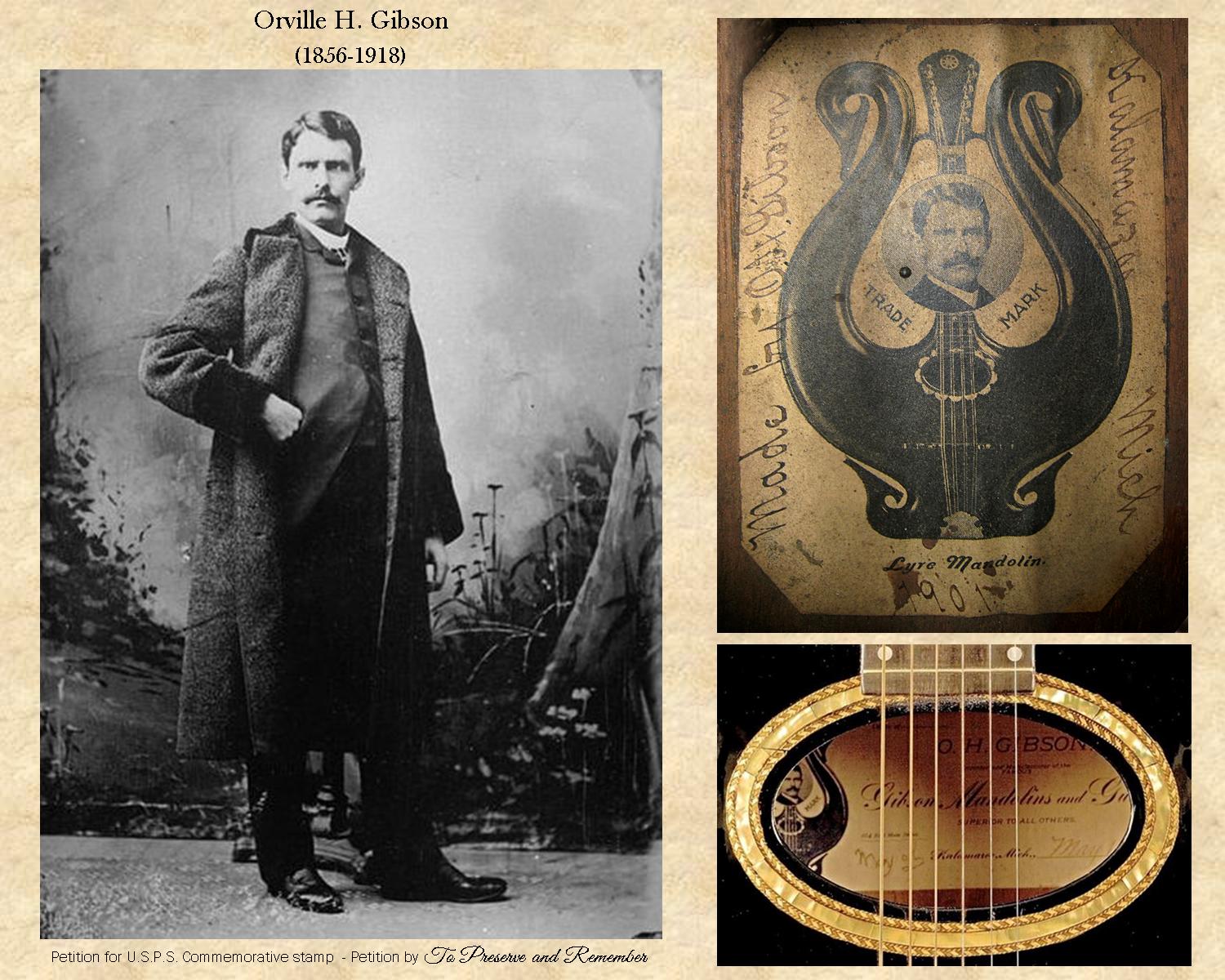 Help Get Orville Gibson on a U.S. Stamp: Sign the Petition!

August 19, 2018 marks the 100th Anniversary of Orville’s death. He changed the world of music when the United States Patent Office granted him Patent No. 598,245 on February 1, 1898. His patent transformed fretted stringed instruments “known as mandolins, guitars, mandolas, and lutes; and it specifically relates to the construction of the body, neck and head of such instruments to gain the advantages set forth…” his innovations were based on the construction of violin (which he also crafted) and he completely revolutionized those instruments.

He has had continuous and sustaining global impact, influence and inspiration on builders and manufacturers of the fretted stringed instrument industry to this day and will for generations to come.

Orville H. Gibson, while he reached international acclaim during his lifetime, after his death the company name lived on, but the man was relegated to the background in the company’s history. It is time he takes his place in the foreground where he belongs.