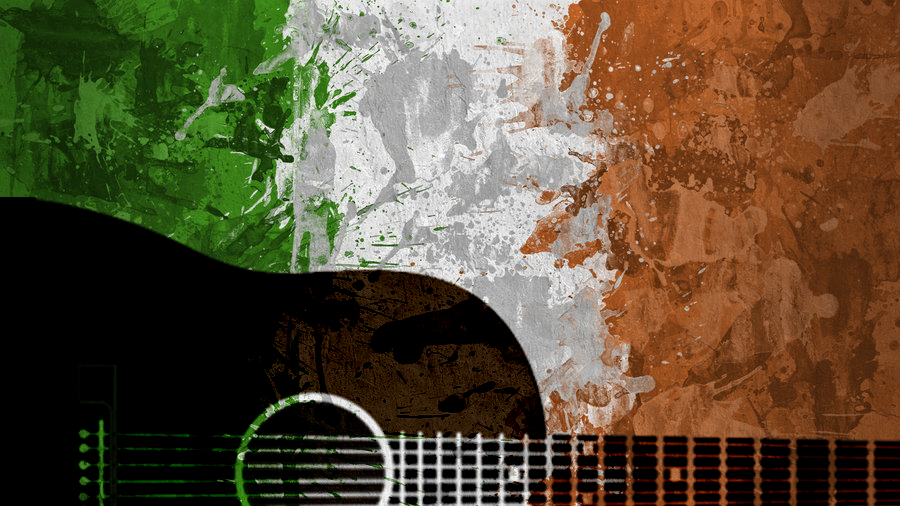 10 Irish Guitar Songs to Help You Get Lucky

In honor of St. Paddy’s day, we’re bringing back our massive Pot o’ Gold Giveaway! With the luck of St. Patrick on your side, who’s knows what treasures it’ll behold… you can score some green, win a Gibson Les Paul Goldtop Guitar, and grab a limited-edition bundle.

To really ring in St. Patrick’s day, we’re going to devote this post to getting your luck-of-the-Irish playlist as lucky as can be. And, so you can be the smartest guy at your St. Paddy’s day celebration, we’re including a fact about the holiday with each song!

This song about seven drunken pirates is sure to get your festivities off to a good start. Just remember to never drink and drive a massive pirate ship. Be sure to check out other Flogging Molly songs too, they’re all awesome for St. Paddy’s day, or any playlist!  Alright here’s your first St Paddy’s day fact: In Gaelic, shamrock means “young clover.” and, according to legend, was used by St. Patrick as a metaphor of the Christian Trinity.

This Irish drinking song is considered a staple in many Irish pubs. Just about every artists has covered it, so if Luke Kelly isn’t your cup of tea -or shot of whiskey- check out this cover by Dropkick Murphys.   Here’s your fact: Did you know the St. Paddy’s day parade was actually created in the United States? It all began in 1762 when Irish soldiers marched the streets to celebrate their strong roots as Irish soldiers fighting in the English army.

3. “The Morning Dew” – The Chieftains

If you haven’t listened to The Chieftains before, you shouldn’t be allowed to celebrate St. Patrick’s Day. Formed in Dublin in the early 60s, this is your quintessential Irish Band. The Morning Dew is the perfect instrumental song to play as your perform Irish step dancing, or whatever jig you can pull off.   Factoid: While you may have always assumed St. Patrick is from Ireland, he’s actually from Wales.

4. “Shipping Up To Boston” – Dropkick Murphys

Here’s an awesome, high-energy Irish-rock song you need to add to your playlist. When it comes to super fun irish music, you really can’t go wrong with any Dropkick Murphys song, it’s all great and will make you want to dance like this. You might recognize the song if you’ve ever seen the movie, The Departed. If you haven’t seen it…go watch it now. Also, yeah, it’s in a bunch of Sam Adams commercials.   And now for the fact: For the better part of the 20th century, St. Patrick’s day was a strictly religious, dry holiday. Then in 1970, after being declared a national holiday, the mugs were filled once more!

This song by the Clancy Brothers is sure to get you ready for battle, or a night on the town! If you plan on drinking to this song, make sure you toast to ‘Amerikay’ as pronounced in the song.   Here’s fact #5: For every St Paddy’s day since 1962, Chicago has been dying its river green to celebrate the special day. Using 45 pounds of eco-friendly vegetable dye, the River turns a bright green, letting the whole city know it’s time to celebrate the holiday and party it up!

This Irish ballad group can really weave a tale through harmonies, rich irish melodies, and Gaelic sounds from fiddles, flutes, and bodhrans. The Rocky Road to Dublin is a 19th century song about a man’s trials and tribulations as he travels from Liverpool to Ireland. Check out this song, and also take some time to learn more about The High Kings, they’re truly something special.   And now for your fact: St. Patrick was enslaved at age 16, only to escape to a monastery at age 22. And I thought my teenage years were rough.

This song is truly killer. Save it for when the party starts to die down and it’ll be sure to kick things back into high gear! While this band is Canadian and not Irish, they’re awesome at rocking out their blend of Folk, Celtic, Rock, Pop, and Punk. If you’re up in Canada, you’ve got to check out them out, they’re always playing live shows!   Fact: Ever hear stories of St. Patrick driving all the snakes out of Ireland? Well, science has shown there actually never were snakes in Ireland, but this may have been a metaphor for driving out the other religious beliefs at the time, such as Paganism.

This is one of those songs where you can find ten different versions. Thin Lizzy covered it. Grateful Dead covered it. Heck, even Metallica covered it. If you’ve got the guitar skills, maybe you should cover it too. You really can’t go wrong with this traditional Irish song.   Now we’re gonna hit you with a fact: Ever find a four leaf clover? No? That’s probably because the odds of finding one are 10,000 to 1.

From their album, “10,000 shots,” Pour Decisions is a smart move on any playlist. In fact, you can’t go wrong with any song by The Real McKenzies. The second Canadian celtic punk band on the list, these guys really know how to rock out in true Irish (Irish-Canadian?) fashion.   And here’s your fact: Believe it or not (but it’s true, so believe it), Corned Beef actually has no corn in it. The “corn” people refer to in corned beef is actually large grains of salt. Mention that at a party and you’re sure to be…the coolest one there? One second thought, maybe leave that little fact to yourself.

10. “The Blood of Cuchulainn” – Mychael Danna

To end this list, we’re going out strong. If you’ve ever seen the movie, Boondock Saints, you’ll recognize this song instantly. If not, add it to your movie list right alongside The Departed. This song is a total pre-battle anthem. And if you’re battle is a giant party, then what better way to get everything started!   Alright here’s your final St. Paddy’s day fact: While it’s common practice to get pinched if you’re not wearing green on St. Paddy’s day, the original color of the day was actually Blue. So when you get pinched for forgetting to wear green, lay down the real facts!

There you go. Add these songs to your playlist, and you’ll be sure to have an awesome St. Patrick’s day party. And don’t forget to grab your TrueFire Pot o’ Gold! That’ll be sure to start your holiday out right!   If you’ve got other songs to add to the list, help us out by commenting below! May the luck of the Irish be there with you!

Don’t forget to check out our Pot o’ Gold Giveaway and put your good luck to use!