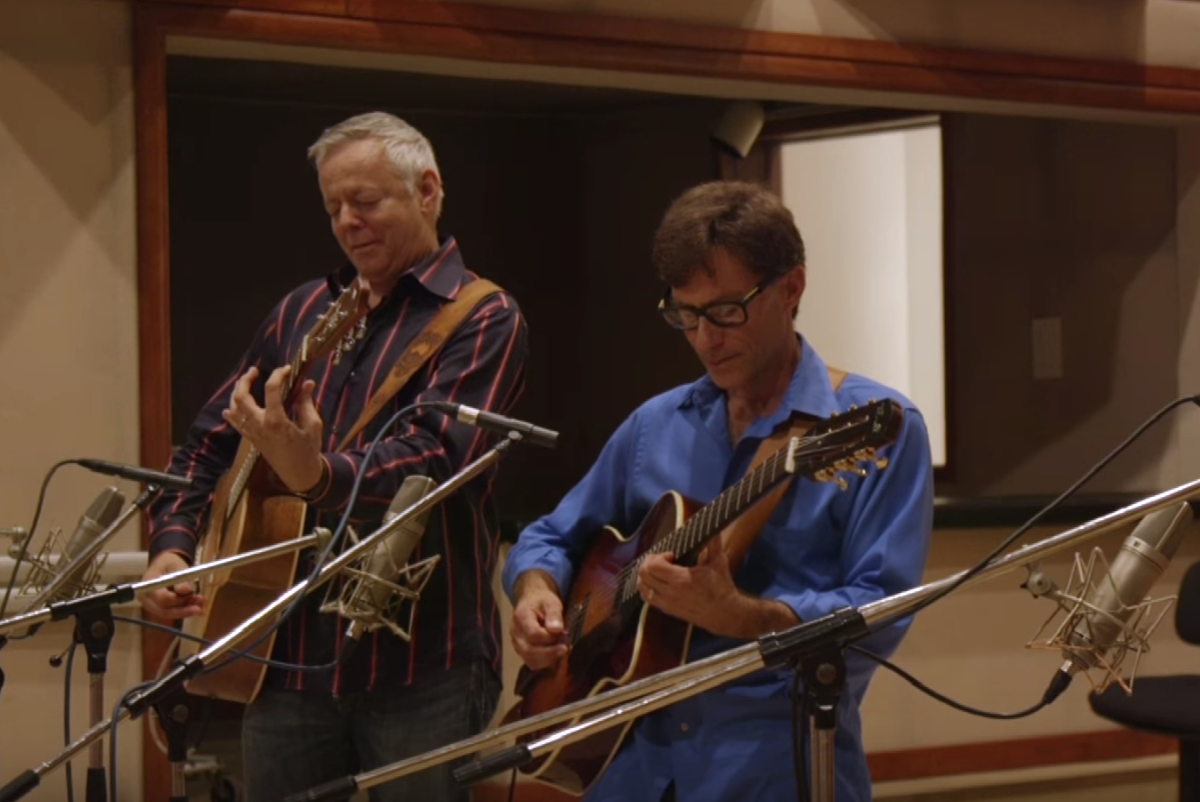 Tommy Emmanuel and Frank Vignola, two long-time TrueFire Educators, have released a new music video for their track “Djangology” that also features Vinny Raniolo. The song comes from Tommy’s forthcoming collaborations album “Accomplice One,” which is set to be released on January 19th.

Both the song and the video were shot on location at Abdala Studios in Havana, Cuba and Tommy Emmanuel had the following to say:

“In 2016, I did a guitar camp in Havana, Cuba with Frank Vignola and Vinny Raniolo. We worked up an arrangement of this famous Django Reinhardt song. We took all our guitar students to Abdala Studio to witness the recording as part of their education. You wouldn’t know it but there were over 80 people sitting quietly in the room as we recorded this track live. A big thanks to Frank and Vinny for bringing this beautiful song to my attention. That studio is where so many great Cuban recordings where made including the Buena Vista Social Club records.”

“Tommy is very curious and eager to learn new songs. When I played ‘Djangology’ for him, he fell in love with it. Tommy is a complete musician. Although he doesn’t need anyone else, he certainly is a fabulous accompanist. A real professional.”

Check out the music video above and share your thoughts in the comments! You can also learn more about Tommy Emmanuel and Frank Vignola at TrueFire.