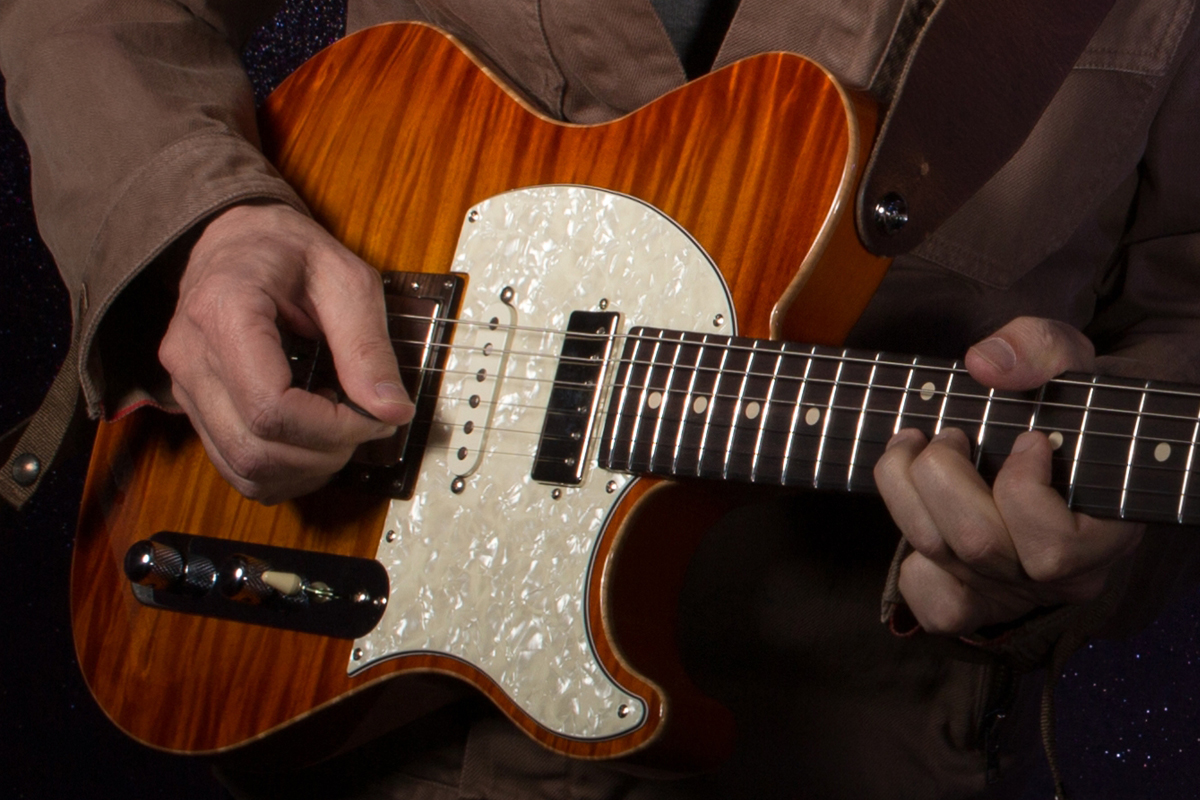 2 Soloing Strategies Every Guitarist MUST Know

When soloing on guitar, it’s easy to play something and feel that it doesn’t really fit the rest of the song. It happens to every guitar player — maybe you’re not taking the right approach on the track, it feels too predictable, or maybe you’re not engaging the audience, etc. Jon Herington helps you work through those ruts in his new TrueFire masterclass, Ear IQ: Soloing Strategies, taking you through 10 performance studies of his solos with Steely Dan and the Jon Herington Band.

In these 8 free guitar lessons taken from the course, you’ll go through 2 of the 10 soloing strategies covered in the full course: engaging your audience and employing “flash”, working on a performance study with an overview, track analysis, performance, and breakdown for each. Grab your guitar, dig in, and bust out of that soloing rut!

A time-honored way of creating interesting melody – which is what playing a guitar solo is all about – is to use the technique of theme and variation. Classical composers have used this technique for hundreds of years, and it’s the basis for most jazz improvisation. There’s something about the way it plays with the listener’s expectations, sometimes satisfying them, sometimes surprising them, but in the best cases, always keeping them engaged.

Here’s a song where I used quite a bit of that. It’s a pretty advanced song, harmonically speaking, which is typical for its composer, my good friend and Steely Dan bandmate Jim Beard. Let’s check it out.

Here’s a track called “Ode to the Doo Da Day”. It was written by my Steely Dan bandmate Jim Beard, who likes to play with words as well as chords. Let’s listen to the track and look at the adventurous harmonies.

Taking a look at what I played after the fact, I realized there seemed to be three sort of general categories of events that I was mixing up and juggling around: There are some simple bluesy lines in the main key of the song, G minor, that I return to throughout the solo, which I think have a kind of grounding effect, there are lines that come from the world of jazz, and there are rhythmic events that repeat and refer back to earlier events scattered all the way through.

I’d like to take a close look at those rhythmic repetitions and variations, because I think they’re the most interesting. The best example of rhythmic repetition is probably the rhythm I first played in bar 10. It returns in bar 16, in bar 17, and again in bar 19. And apparently I hadn’t had enough of it by then because I returned to it again in bars 25 and 26. I don’t think I would do that much repeating of a rhythmic theme on most songs, but I think this tune is a special case. The harmony provides so much interest and variety in and of itself that a line with similar rhythm and shape takes on a new character with each key – sort of like looking at something where the light is changing and you’re getting different takes on it.

I wanted to look at one more small example of rhythmic theme and variation just to illustrate that point I made earlier about the listener’s expectations. It’s pretty simple really, but it can be effective. In bar 13 I play a very deliberate quarter note rhythm with a very clear shape – it’s almost a doorbell theme! – now, I could have repeated it in the next bar with exactly the same rhythm – though it stops one note early, the shape is the same. Instead I chose to delay the rhythm of the first two notes of the repetition of the shape, and as a result it seems to have more life – and it does feel like a kind of playing with expectations there. The first four notes felt like enough to set up those expectations, and I felt the need to “play” with them a bit in the next bar.

So, experiment with this concept. Try stuff that’s strictly rhythmic – set up a pattern then vary it, or try playing a theme, abandoning it, then returning to it – it can be the design or shape of a melody line, or even some effect like bending a string a certain way, or sliding around the fingerboard in a certain way. That kind of thing tends to encourage listeners to pay attention better, because they quickly get the idea that there’s something interesting going on – there’s design at work.

I love to improvise. It can be one of the most exhilarating feelings in the world, but it can also be one of the most terrifying. On this last tune, another Steely Dan classic, “Bodhisattva”, when I first learned it years ago, I struggled with the chord changes and how to approach playing on it. I searched for stuff that sounded good to me, and over the years I began to feel pretty comfortable improvising on it. Then one year at the beginning of a new tour, we played it and I found myself struggling all over again – it was like some weird recurring nightmare. I didn’t know what was going on, but I was really doubting myself and thinking I must be getting old fast or something – I couldn’t play half of what I had been able to play the year before on that tune. And this little horror of mine went on for a while, until I guess I must have been venting my frustration publicly after a show one night backstage, and Keith Carlock, our world class drummer, said something like, “Oh, I changed the tempo of that tune this year – it’s a lot faster than we used to play it.” And you can imagine both my relief and my continued frustration.

Anyway, since it was more challenging at that faster tempo, I needed a new strategy desperately, and I decided to script that solo, for the most part, anyway. Since it’s a sort of big, fast, crowd-pleaser of a song, I tried to come up with some flash – some show-biz. Sometimes that’s just what the doctor ordered, and it can be a lot of fun to go there. Here’s what I came up with.

Let’s take a listen to “Bodhisattva”, a Steely Dan classic, which I’ll think you’ll hear right away why it’s an appropriate vehicle to apply some show biz flash.

Now let’s look at some of the things I did on this solo, taken from the Steely Dan classic “Bodhisattva”.

If you want even more ways to improve your guitar soloing and improvisation skills, be sure to check out the rest of the course on TrueFire. There are eight more strategies to be had, as well as the included tab, notation, and jam tracks to practice on your own. Check it out!