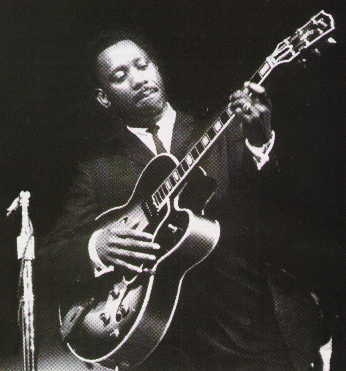 50 Jazz Blues Licks is an exclusive series of video guitar lessons by David Hamburger covering the jazz blues styles of historically great guitarists like George Benson, Kenny Burrell, Joe Pass, and many others. A new lick will be released each week, so be sure to subscribe and check back often!

I had the great fortune to take a handful of lessons with Emily Remler when I first moved to New York, and while I’d been listening to Wes Montgomery for a couple of years at that point, the way she broke down and explained some of Wes’ key approaches to the changes was consistently revelatory. While both ends of her excitement were highly hyperbolic, I do have fond memories of Emily’s reaction at my second lesson to the way I played some of the excercises she’d given me a couple of weeks earlier: “Yeah! Yeah! Last week you sounded like B.B. and now you sound like Wes!” As I say, I clearly sounded about as much like Montgomery at that moment as I’d sounded like the king of the blues a fortnight ago, but if nothing else it actually spoke volumes to her own ability to break down and explain some of the most significant aspects of how Wes did his thing. For my money Wes is still the guy to go to for some of the most consistently hip, swinging and thoroughly well-organized blowing by a guitarist or anyone else. For whatever reason, he didn’t lay back into the standard blues vocabulary to the extent of a Kenny Burrell or Grant Green, and yet his playing feels every bit as deep and swings ridiculously hard with inventive ideas from one end to the other.