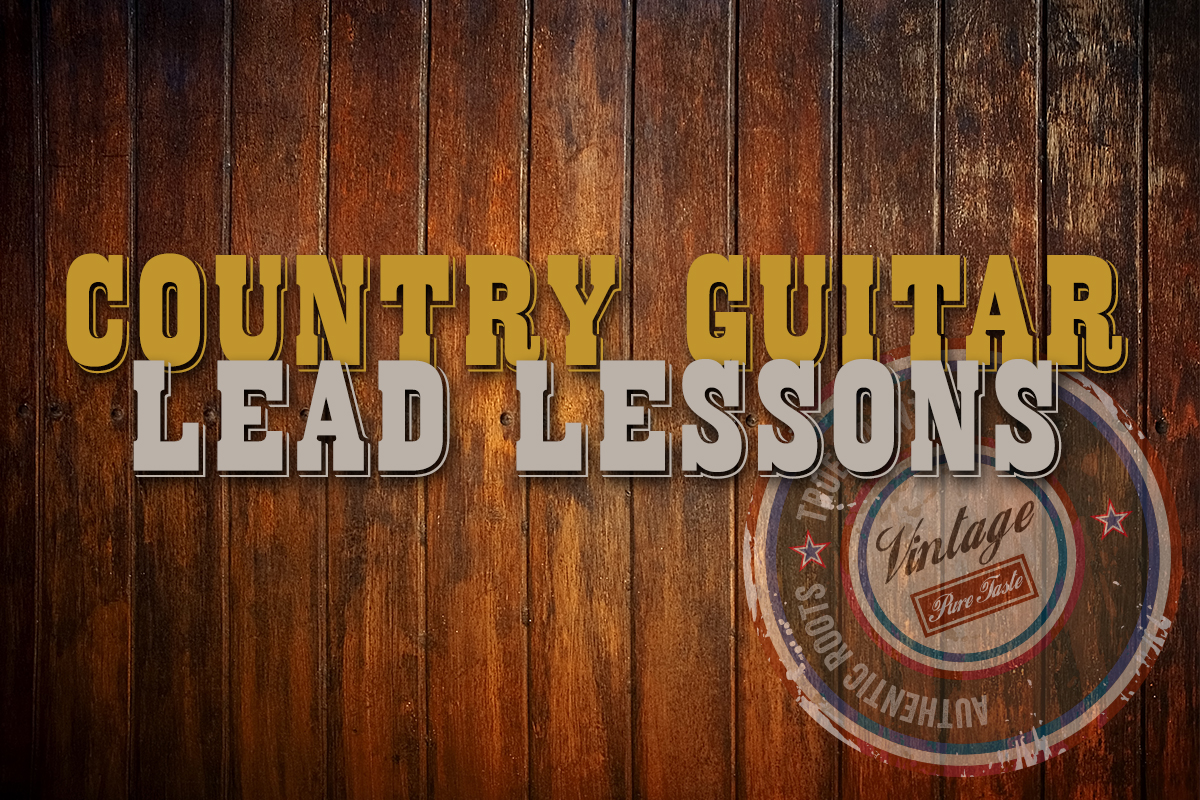 No other style of popular music demands such mastery of right and left-hand techniques as does country lead guitar. Mixed with even modest musicality, country lead guitar turns heads and blows minds. That’s why so many blues, jazz and even rock guitarists beg, borrow and steal techniques from country players. And many have been known to convert wholeheartedly to the style just to satisfy their hunger for guitaristic challenges on their quest for virtuosity.

Check out these free country lead guitar lessons from Jason Loughlin’s Country Guitar Survival Guide: Lead Edition, in which Jason shares 12 essential skills and techniques that are requisite to the style.

Plus, there’s more techniques and performance studies where these came from as well in the full course. So grab your guitar and get your twang on!

Chicken pickin’ is probably the most identifiable sound associated with country guitar. So much so that the name itself is synonymous with country guitar playing. We’re starting with this technique because it’s the building block of almost every technique to follow in this course. Players like James Burton and Roy Nichols are some of the early pioneers of this technique. Chicken pickin’ is a type of hybrid picking that is extremely percussive. The sound is achieved by muting and popping strings in tandem. The muting can be done with the palm or by releasing tension in the fretting hand. The fingers should pluck hard enough to slap the string against the frets. In this example we’ll be applying chicken pickin’ to single strings while mixing in bends, hammer-ons and slides.

This instrumental study introduces us to backwards rolls, which means we are rolling from high to low on any set of three strings. Just like with the forward roll patterns we will focusing on rolling through seconds and thirds, although with this example I’ve also included some triad shapes. This will give you a good idea of what you can do in keys where the open string notes are dissonant. When you feel you understand both techniques, try writing solos that mix forward rolls and backwards rolls together.

This a super important technique for any country player. A double stop refers to any combination of two notes, so really your imagination is the limit with this concept. You find double stops in every other style of music but what makes them special in country music is how you play them. In country music you are grabbing double stops with your fingers and plucking them hard enough to slap against the frets. I’ve showed you a lot of ways to pick and bend double stops across the neck in the form of thirds and sixths. This section is dedicated to playing double stops vertically or within a CAGED system. This means that we will play double stops out of familiar chord shapes. All you have to do is visualize the open C, A, G, E and D chord shapes. These are the shapes we will be embellishing. There are countless way to embellish the shapes but I’ve picked about ten licks that incorporate pedal tones, approach notes, slides, hammer-ons, pull-offs and bends. The first study of this chapter has us playing over chord changes and trying to stay in one position. This means when the chord switches I’m looking for the closest possible chord shape to avoid jumping around on the neck.

I think all country guitar players secretly want to be steel players. Players like Jerry Donahue and Roy Buchanan have made steel licks a big part of their vocabulary. Here’s a bending solo based on the interval of a sixth. Two notes separated by six scale steps. The bends that you will learn in this instrumental take time and hand strength. Be patient, trust in the fingerings I’ll show you take the time to make sure each bend is in tune. Using any string gauge above .10 will make this difficult. Our first instrumental study will be using approach bends and bend releases on either the high or low note of the interval. In some cases I will be bending a whole step while targeting the half step inbetween.

Now that we’ve have learned some cool ways to use the 6th chord and its inversions, we’re going to attack another characteristic of the lap steel guitar. In the middle of its tuning (C-E-G-A-C-E) is a major second interval. So, we will work in some pretty three note voicings that will have two notes a scale step apart from each other. Some of the other techniques in this examples will include artificial harmonics, hammer-ons and pull-offs, harmonizing the blues scale with 6th chords, backwards sweeps, tone and volume swells and my favorite Speedy West trick. The licks and tricks in this study were inspired by players like Jerry Byrd, Speedy West, Herb Remington and Leon McAuliffe.

Jason first performs the instrumental study and then breaks it down note-for-note, move-by-move. In the breakdowns, Jason reveals the mechanics of the technique, the concepts associated with it, and the underlying theory. All of the studies are demonstrated (and then practiced by you) over a diverse range of rhythm tracks. All of the teaching is presented in a musical context; no tedious exercises or drawn out explanations — you will play your way through the Country Guitar Survival Guide: Lead Edition, and have a blast doing so! Want more? There’s more lead country guitar in the full course.