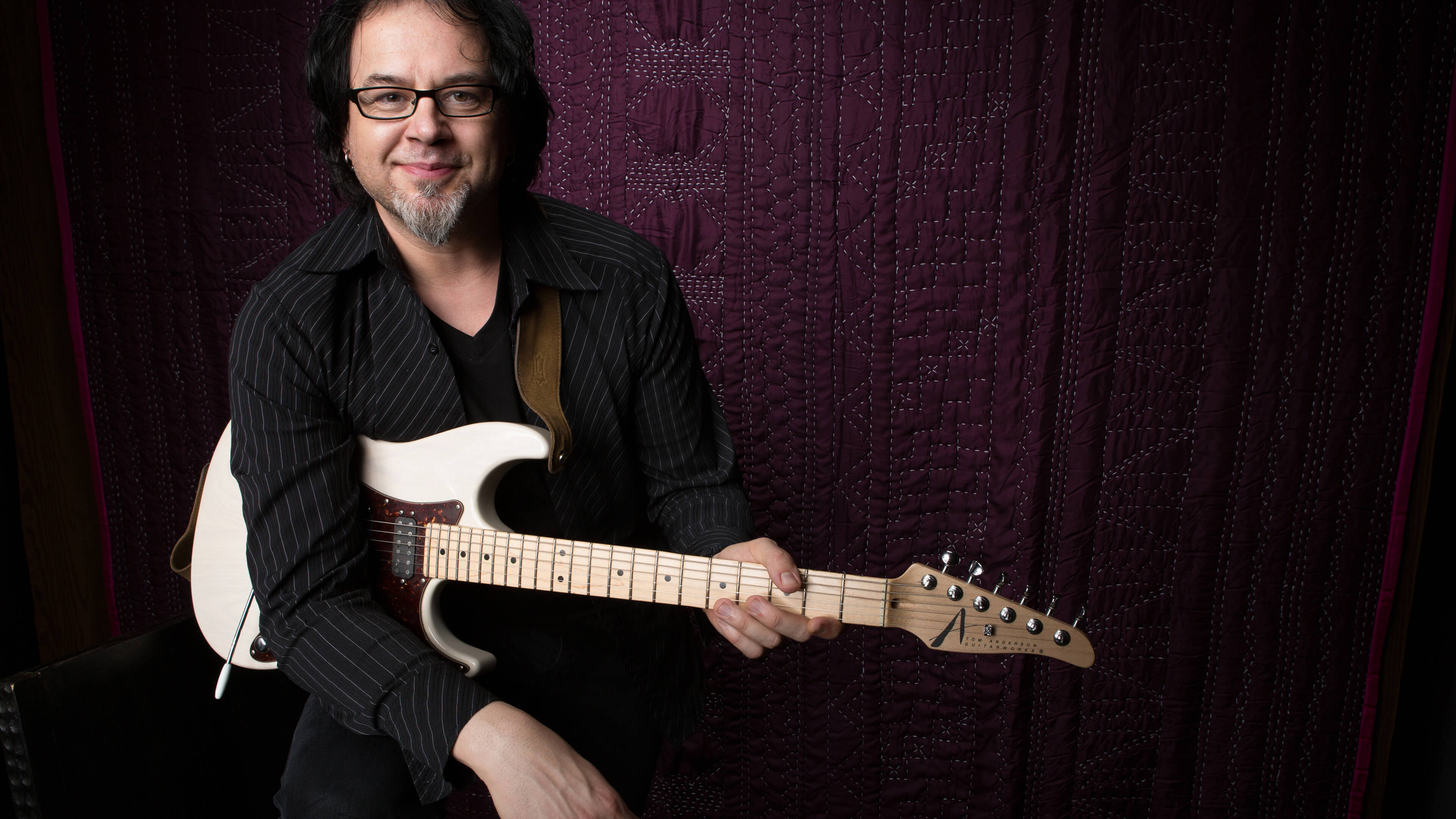 Honing into chord tones is arguably the most important melodic technique when it comes to crafting a solo or improvising. But, what are chord tones? Chord tones are the individual notes that comprise the chords that you’re soloing or improvising over. And, targeting these notes is a powerful way to start or resolve the lines you play.

In his course Take 5: Chord Tone Soloing, Rob Garland shows you how simple it can be to craft strong, melodic solos by targeting and resolving your lines to a chord tone.

This is a bluesy ballad with a progression based around the tonal center of A, but it has some richer changes than a standard I-IV-V beginning with a D moving to a Dm (IV to ivm) and a bVII (G7) which is followed by a vii-ii-V from the key of A, namely (F#m-Bm7-E7). This song is a good example of how to blend traditional blues pentatonic style playing with chord tones.The chords are D-Dm-A7-G7-F#m-Bm-E7-A7-D7-A7-E7.

I’ll play a solo based around tones from the chords and a major/minor pentatonic lick to blend with the genre of the blues.

In a tune like this, you could move between A major pentatonic and Am pentatonic. Though, once again, the chord tones are really dictating what to play. So, mixing together those sounds can be very effective. I start off targeting the major 3rd to minor 3rd change on the D chord to Dm chord then outline an A triad and using bends play the 3rd of A7, the root of G7 and the b3rd and root of F#m. Next, for the Bm7 chord, I approach it from the 5th and outline the triad also using the 2nd and walk down to the 3rd of the E7 chord, G#. By including pentatonic style bending it makes the solo sound more emotional than just playing the tones or arpeggios.

3 Blues Arpeggio Guitar Lessons To Step Up Your Soloing Skills