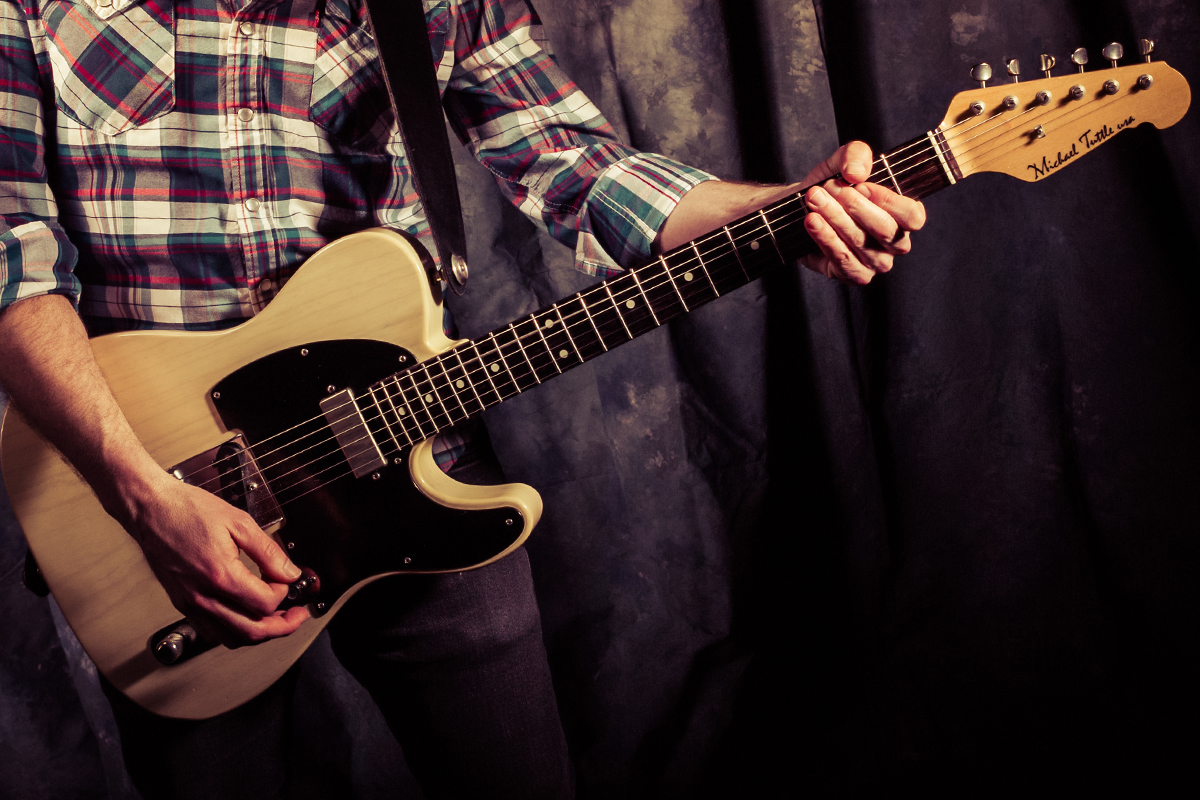 Learn to Solo Over the Changes: 2 Free Guitar Song Lessons

An easy way to approach soloing is to learn the chords, and then use the pentatonic scale to play over them. It’s a relatively safe and practical way to begin your journey into crafting solos. However, once you’re ready to move forward in the art of soloing, you must learn how to “play the changes.”

This is exactly what we’ll set out to learn in Jeff Mcerlain’s new TrueFire course, Soloing the Changes. He’ll take you through performance studies featuring progressions taken from popular rock songs. In these free guitar lessons taken from the course, we’ll look at one of Jeff’s songs, “Highlands”, and the chord progression from Elmore James’ “It Hurts Me Too”. Let’s learn the changes!

This tune is called “Highlands”, and it’s from my record I’m Tired. It uses one of the most common chord changes in popular music, the I-V-VIm-IV. It shows us how important melody is when composing. We could stick to an E major pentatonic scale on this tune and be fine, in fact I largely do, as I think it works nicely. My CD is available at all fine online locations!

Download the tab, notation and jam track for this soloing lesson on TrueFire.

The chords in “Highlands” are all in the key of E major: E, B, C#m, and A to be exact. These chords match up with the number where they are in the scale. The chords of E major are E-F#m-G#m-A-B-C#m-D#o. As you can see, we have a I-V-VIm-IV progression. Once again, spell out each chord to find the similarities and differences. Yes, we could just play an E major scale over all the chords but thinking that way doesn’t help in making the changes in a conscious melodic way.

I always try to think about melody and it’s never a problem if someone refers to me as a melodic player. I take that as the highest compliment. It’s what people remember. Why were the Beatles songs so successful? Melody.

It was a real revelation when I realized that melodies are made of chord tones, and the best note to play on a chord is one of the notes in that chord. The scale it comes from is important, but not nearly as important as the notes of each chord.

One of my favorite blues tunes is “It Hurts Me Too” made famous by Elmore James, a blues staple. It’s an eight bar blues progression and definitely one you should know, in fact I put it in my Blues Guitar Fakebook: Rhythm Vol. 2 that you should rush immediately to purchase from my website JeffMcErlain.com. ;-]

In terms of performance, it’s great to have an eight bar blues in your repertoire as it can break up an evening of blues music by adding some variety. Other famous eight bar blues tunes are “Key to the Highway”, “Someday After a While”, and “Need Your Love So Bad”. What I like about the song is that it can be performed on two different levels, the chords can be played all as straight triads, or we can dig deeper into the chord progression and spice it up a bit.

Download the tab, notation and jam track for this soloing lesson on TrueFire.

The basic changes in “It Hurts Me Too” are D-D7-G-A. These are the changes Elmore and Clapton used, and are pretty straight forward. To begin soloing, the Dm blues scale works great on the whole thing. So, mess with that first, then mess with D major pentatonic, then mess with mixing them up. “Mess” is a musical term, look it up. This will sound great and very traditional, but, there is more if you want to dig deeper.

The track I provided doesn’t have any chords, just the roots of each of the chords. I didn’t provide the harmony on purpose as I wanted to leave it up to us as the soloist to provide that harmony. If you were playing with other guys in the band, be sure they know what your plans are as this could easily lead to a train wreck! The changes I discussed in the attached video can be heard on Tampa Red’s classic version of this song, so please be sure to listen to that.

The pumped-up changes are D-D7-G-Gm-D-A-G-D. As always, write out all of these notes onto a piece of paper and have that in front of you when practicing. This really gives us a visual representation of the notes we want to start to concentrate on. The one chord that should jump out at you most quickly is Gm, as all the other chords are common changes in a blues. Play through these chord changes with the track and see if you can hear how they sound before you try to solo over them.

Look at the inner workings of how these chords change on the fingerboard. Note which notes stay the same and which notes move with the smallest amount distance possible. We’ll notice quite often that many notes will remain the same, we call these common tones. The other notes usually move in either a half step or a whole step. Seek out these notes often as the melody is contained in them.

Looking for more ways to solo? There are eight more performances studies including the tab, notation, and jam tracks to build up your soloing chops in the full version of the course. Head on over to TrueFire to check it out, as well as more of Jeff McErlain’s guitar lessons.