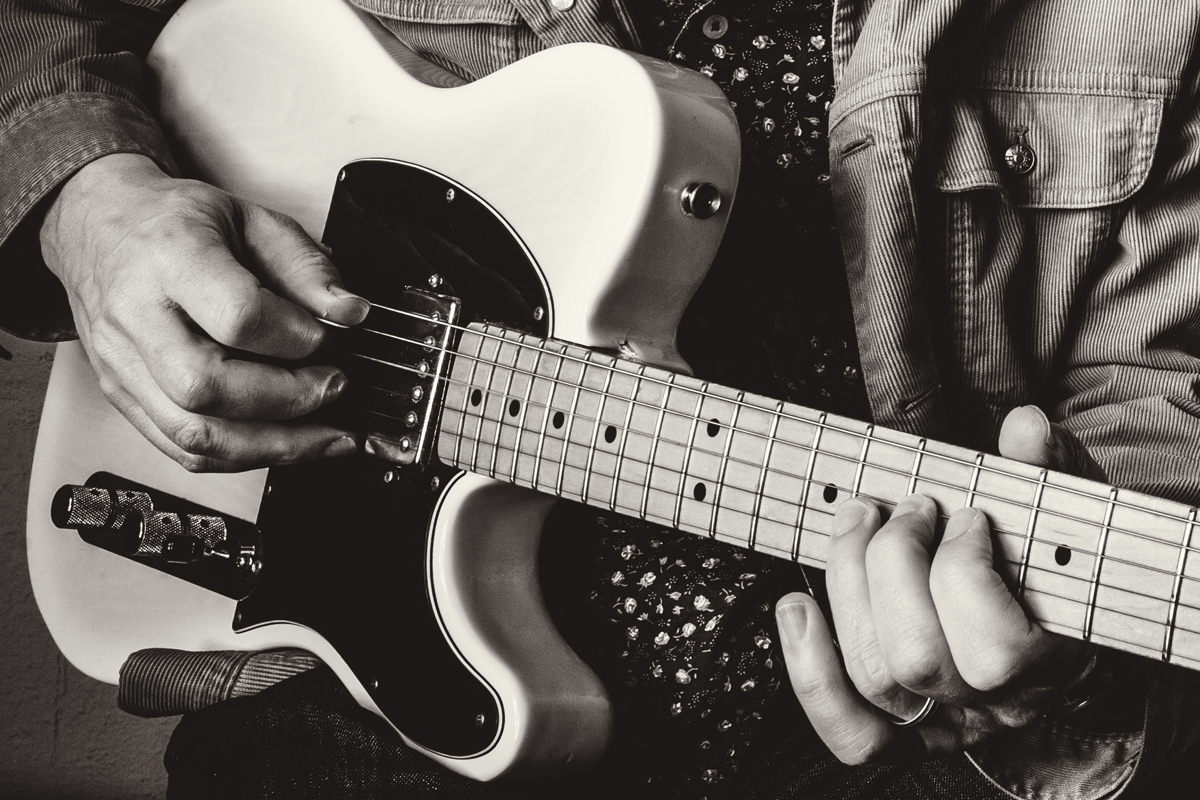 Take Your Jazz Blues Guitar Soloing to the Next Level

When jazz takes on the blues, it develops a vocabulary of its own – the nuances of jump blues, swing, and bebop can help you develop new ideas to bring into your blues playing, regardless of your experience with jazz.

Here we’ll check out a performance study taken from David Hamburger’s Take 5: Jazz Blues Soloing, an accelerated jazz blues curriculum to help you bring this style into your playing ASAP. Let’s check it out:

Ah, bebop, the final frontier. To be clear: If you limit the field to specifically how hard bop and bebop musicians approach the blues form, the intimidation factor begins to recede, at least somewhat. Also, I’d be remiss if I didn’t give a big shoutout and recommendation to Fareed Haque’s bebop lessons here on Truefire – he does such a good job of demystifying things and explaining what makes this jazz genre tick in very clear, simple, guitaristic terms.

Download the tab, notation, and jam track for this jazz blues soloing lesson on TrueFire.

There’s a lot more nuance to it than this, but essentially hard bop was a distillation and reframing of bebop which took place between roughly 1955 and 1965. As described in David Rosenthal’s excellent book Hard Bop and elsewhere, musicians like Art Blakey and Horace Silver made a conscious attempt to integrate the bebop language developed by Charlie Parker and Dizzy Gillespie with more blues-based grooves like the shuffle and more song-like, memorable melodies. Sounds perfect, right?

Download the tab, notation, and jam track for this jazz blues soloing lesson on TrueFire.

Organist Jimmy Smith’s reimagining of the Hammond B-3 organ as a bebop blues machine coincided with the development of hard bop, and his and other organ groups became incubators of jazz guitar talent. Early Smith records often featured a young Kenny Burrell on guitar, and George Benson can be heard burning it up on several early Brother Jack McDuff albums. Not to mention Wes Montgomery, whose pre-discovery working band in Indianapolis was an organ combo, and Grant Green, who made organ trio albums for Blue Note in the early sixties as well.

There are four more performances to learn from in the full course on TrueFire, where David Hamburger samples other styles of jazz blues soloing. Each performance builds on the last, bringing on more challenging techniques, and as always, coming with tab, notation, and jam tracks for each one. Check it out now!