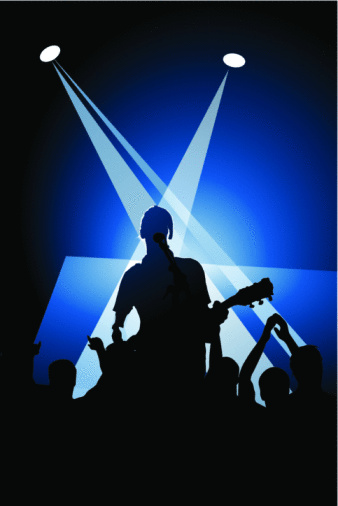 The 7 Most Talented Guitar Prodigies in the World

While it seems most youngsters these days are more enthralled with the likes of Lady Gaga, Lil’ Wayne, and Britney Spears than with guitar legends like B.B. King, Stevie Ray Vaughn, and Eric Clapton, there are still millions of young guitarists around the world taking guitar lessons and trying to learn how to play guitar. And with the advent of YouTube, we now have the ability to watch these young kids grow as guitar players and as musicians as they share their performances online. Every now and then, a prodigy emerges from the abyss of average talent on the Internet and an international phenomenon is born. Justin Bieber. Greyson Chance. Who’s next? No one knows for sure, but we have our hopes set on one of the following outstanding guitar prodigies.

Introducing the 7 Most Talented Guitar Prodigies in the World (in our humble opinion, of course):

Myles Mancuso is a gifted 14 year old performer / multi-instrumentalist, he has been fronting his own band on stages in and around the New York City and Hudson Valley area since he was 9 years old (his back up band consists of professional musicians 4 and 5 times his age). His advanced musical abilities have allowed him to perform live on some of New York’s top stages; BB Kings, The Cutting Room, The Iridium Jazz Club, Madison Square Garden and others. In Myles’ relatively short musical career he has already been recognized by many music and entertainment professionals, this has allowed him the opportunity to perform with a number of well known artists. He’s appeared live as a special guest performer with Les Paul (Guitar Legend), Levon Helm (Legendary Drummer), Jimmy Vivino (Conan O’Brien Show), Kate Taylor (Sister of James Taylor) and many others. Visit his official website.

Seongha Jeong (정성하) (colloquially: Sungha Jung) (born September 2, 1996) is a South Korean prodigy guitarist who has risen to fame on YouTube and other sites, mainly through the South Korean audience. Seongha typically takes three days to learn and practice a new song, and video-record it for upload onto YouTube. His genre selection is rather broad, as he learns and plays many songs that are playable on guitar, therefore consequently spread across numerous genres. Seongha has won 13 awards on YouTube, including 6 “#1” awards. Also on YouTube, Seongha has 24 videos with over one million views. He also just released his first album. Visit his official website.

Lucciano Pizzichini was born in Buenos Aires, Argentina on May 14, 2000. During the months of gestation, his father would place speakers near his wife’s belly every day so that the unborn child could listen to Paul McCartney, John Scofield, George Benson and of course the Beatles. By the tender age of 2, Lucchy was already playing short melodies on a small one-string guitar specially built for him by his father. A year later, Lucciano was already reading challenging classical pieces by Carcassi. At the age of 4, he began formally reading specific guitar methods. By 6, Lucchy had completed the first method of guitar from the Berklee School of Music, as well as other classical guitar books. Lucchy has just turned 8. He understands harmony and theory of music, harmonizes all musical scales, accords and ciphers. Visit his official Facebook page.

Quinn Sullivan is an 11 year-old from New Bedford, MA who plays the guitar like he’s 60. Sullivan began taking guitar lessons at age three. He has studied with Brian Cass of The Overclock Orchestra and the Toe Jam Puppet Band as well as Stan Belmarce. The first original song he wrote with Chris Waters was titled “Sing, Dance, Clap Your Hands”. Sullivan first gained national media attention at age six when he appeared on The Ellen Degeneres Show. Sullivan gained more notoriety when Buddy Guy asked him to come on stage and play during a performance at the Zeiterion Theater in New Bedford, Massachusetts, in 2007 (video below). Quinn has since performed on stage with Guy as well as with B.B. King and has played in venues such as the Beacon Theatre in New York City, the Orpheum Theatre in Boston, and Buddy Guy’s Legends in Chicago. Visit his official website.

Yuto Miyazawa (Japanese: 宮澤佑門 Miyazawa Yūto) was born on February 21, 2000, in Tokyo, Japan and currently lives there with his parents. Miyazawa has been named “The Youngest Professional Guitarist” by Guinness Book of World Records in August, 2008. Since his discovery, Miyazawa has had the opportunity to play with numerous music legends over the past year such as, G. E. Smith, Les Paul, Galactic, Deep Banana Blackout, Ozzy Osbourne and many more. He has appeared at Madison Square Garden, the famous B. B. Kings, Chris Noth and Steve Walter’s The Cutting Room, and Rodeo Bar in New York City. Yuto has also had the opportunity to perform at the Gathering of the Vibes festival this past summer. In May 2009, Miyazawa appeared on The Ellen DeGeneres Show, where he performed Crazy Train playing guitar and singing lead vocals. Visit his official website.

Tallan Latz was born on September 22, 1999 in Wisconsin. He received his first musical instrument, a drum kit, at the age of three and began playing acoustic guitar at age four. By the time he was five, a video of Joe Satriani had a major impact on the boy and he declared “That’s what I want to do.” At the age of eight, he has played on-stage with performers the likes of Jackson Browne and Les Paul. Latz’s musical influences include Stevie Ray Vaughan, Jimi Hendrix, Joe Bonamassa, Walter Trout, BB King, Buddy Guy, Joe Satriani, Steve Vai, Steve Miller, Eric Johnson, Led Zeppelin, Derek Trucks, Rush, Slash, Keith Urban, Craig Young, Johann Sebastian Bach and Ludwig van Beethoven. In 2008, there was much controversy about the legality of Tallan’s performances, but he continues to rock on today. Visit his official MySpace page.

Born in Slovakia, into a Hungarian Gypsy family, Andreas Varady has been playing the guitar since the age of four. Although only twelve years old, he is already an accomplished and imaginative musician, inspired by his favourite guitarists George Benson, Wes Montgomery and Joe Pass. Andreas plays completely by ear and is taught by his guitarist father, Bandi. He has lived in Ireland since 2008 and gained his first experiences from busking and attending Limerick’s weekly jazz workshop. Visit his official website.