“Stevie Ray Vaughan is the greatest blues guitarist of his generation.”
– Mick Jagger

In the Stevie Ray Vaughan guitar lesson above, Tim Pierce is selectively picking some notes very strongly and others very gently. This is how you develop a good voice on the guitar. Tim also stretches beyond SRV and explores a more modal soloing approach.

These Stevie Ray Vaughan guitar lessons are taught in E flat tuning. This was Stevie Ray Vaughan’s tuning of choice, and if you want to study his music, especially SRV licks, you’ll have to become adept at tuning down.

With this Stevie Ray Vaughan guitar lesson, we’ll add one more foundational SRV lick into our collection. We’ll combine it with what we learned in the previous segment and you’ll begin to see how these small interchangeable licks can be combined to create longer phrases.

Now in this Stevie Ray Vaughan guitar lesson, we’ll add another SRV lick to the mix and combine it with the first one. You’ll notice the assembled guitar licks are becoming slightly longer as we develop the ability to mix and match these small licks into longer sequences.

This Stevie Ray Vaughan guitar lick fits at the same spot in the progression as the previous one, but the combination of techniques and the order we use them will make this lick very hard to pick cleanly.

In this next Stevie Ray Vaughan guitar lesson, we’re going to focus on the song Pride And Joy. The tempo of this song is not great for playing extremely fast licks, so most of our difficulty comes in choosing licks with intricate picking.

This first lick requires some of the same motions we’ve already worked on, but we won’t be playing them at lightning speed. Instead, we’re going to lock into the rhythm, picking as many of the notes as we can to create a very rhythmic sound as we play. The lick starts right at Bar I of the 12-Bar progression.

This first lick is inspired by one of our favorite licks in SRV’s recording of this song, located towards the beginning of his solo. You can cheat by using hammer-ons, but if you can pick more notes, you’ll hear a much cleaner, more-defined attack.

Stevie Ray Vaughan rarely played at high speed for very long. We’re going to start with two subdued, very short licks to build anticipation. Then we’ll launch into a much longer sequence that gradually builds in speed until we are playing as fast as we can for a song of this tempo.

Stevie Ray Vaughan’s extraordinary guitar prowess, soulfulness and musicality fuse into a distinct style of electric blues guitar all of its own. A style that every blues guitarist covets and every student of blues guitar works hard at emulating.

Following Stevie Ray Vaughan guitar lessons note-for-note will only get you halfway there, but understanding the underlying harmonic approaches and technical construction of those licks will take you all the way home. And that’s precisely what you’ll do in the following TrueFire courses.

50 Monster SRV Licks You MUST Know

50 Texas Blues Licks You MUST Know

This collection of 50 licks focuses on the Texas blues scene that exploded onto the mainstream in the late 60’s and early 70’s. Heavily influenced by southern rock, blues-rock, slide and a dash of jazz, this modern style of Texas blues features the heavy use of memorable electric guitar riffs, blazing solos, exciting rhythm patterns and tasty turnarounds, all of which are showcased by artists like Stevie Ray Vaughan, Johnny Winter, Freddie King, Billy Gibbons, T-Bone Walker, and Eric Johnson. 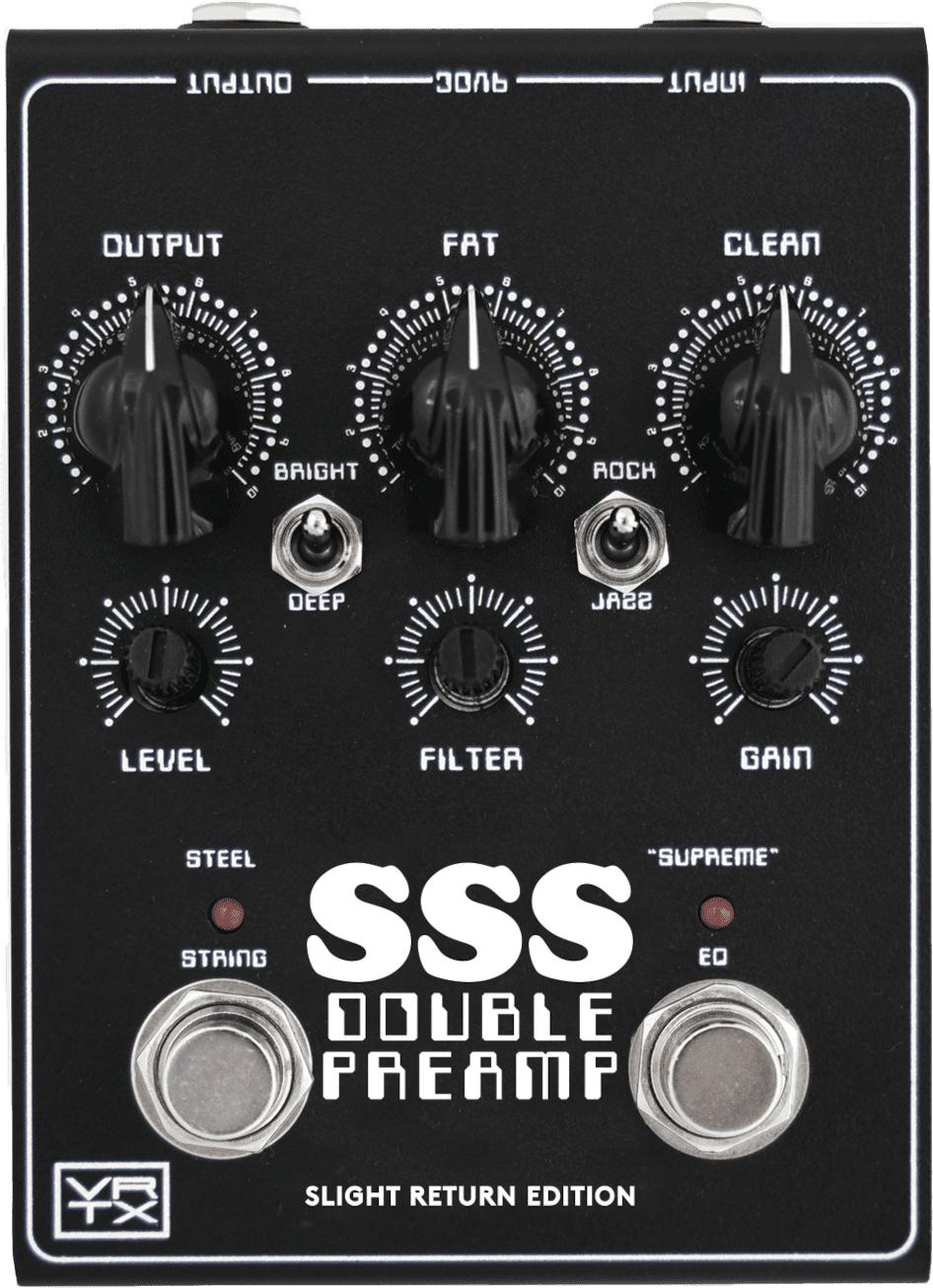 The Vertex Effects Steel String Supreme SRV expands on the company’s venerable Steel String MkII, arming you with a full-fledged, D-voiced preamp. Loaded with 100% analog solid-state circuitry, this clean drive stompbox builds upon its more-streamlined predecessor’s features with the addition of an independent EQ section and five extra tone-shaping controls. Park the SSS SRV in front of your tube amp to inject it with D-style character, plug it into your mixer or audio interface for vintage-tinged DI-ed tones, or use it to infuse your digital modeling rig with tube-like warmth and transients. No matter how you use it, the Vertex SSS SRV will deliver the coveted sound that top-tier players live SRV, Eric Johnson, and John Mayer made famous.

Buy It Now at Sweetwater >

4 Free Hybrid Picking Guitar Lessons from the Guru of the Technique, Greg Koch

Jazz Up Your Blues Rhythm & Soloing with These Free Bop Guitar Lessons!

10 of the Best Blues Guitar Players Alive Today (with Videos!)

Free Guitar Lessons: Play Your Way Through the History of The Boogie with Jimmy Vivino